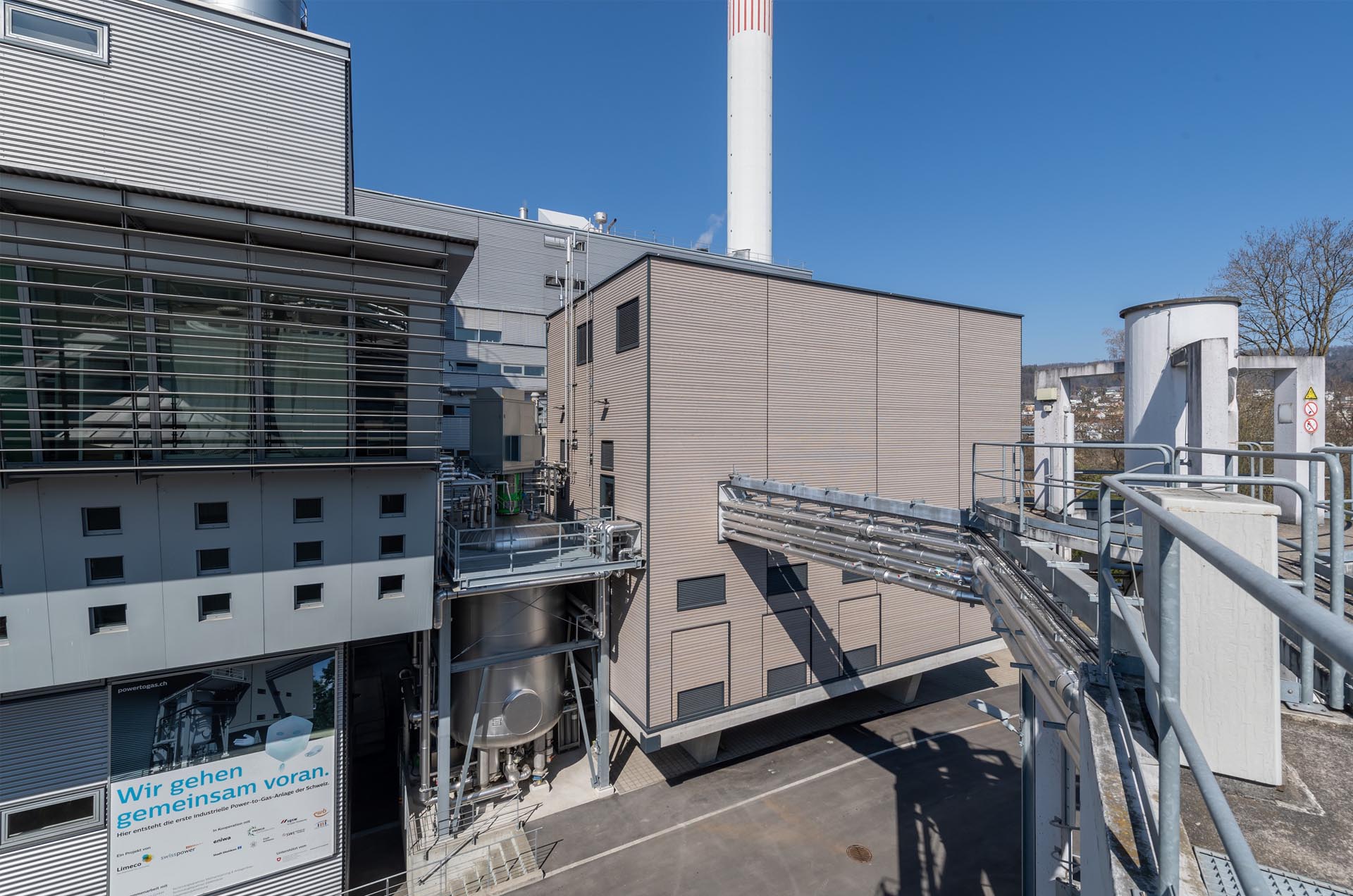 The inauguration of the first Power to Gas plant based on biological methanation in Europe is not only a milestone for its owner and operator Limeco, but also for HZI Schmack, from whom the innovative technology originates. The green gas produced can save the CO2 emissions of around 2,000 households.

Dietikon, April 2022 ‒ On 28 and 29 April, the ceremonial inauguration of Europe’s first industrial Power to Gas (PtG) plant based on biological methanation took place in Dietikon, Zurich. The milestone project is located on the site of the Limmattaler Regiowerk Limeco utility, which is also the owner and operator of the plant. The builder and technology supplier is the Bavarian company Hitachi Zosen Inova Schmack GmbH (HZI Schmack), a subsidiary of Hitachi Zosen Inova AG.

Representatives from politics and the industry were invited to attend the festively framed event and listen to various technical presentations and ceremonial speeches on site. One highlight was undoubtedly the guided tour of the plant, which gave visitors unique insights into this milestone project.

CO2-Neutral Methane Gas from Power to Gas Process
Regiowerk Limeco initiated and realised this beacon project of the modern energy industry together with eight Swiss energy suppliers and the municipal utility alliance Swisspower. The location was of central importance, as the existing waste treatment plant (WTP) and wastewater treatment plant (WWTP) on the Limeco site provide the elementary ingredients for the PtG process: electricity and sewage gas.

In the new Power to Gas plant, renewable electricity from the WTP is used to split water into oxygen (O2) and hydrogen (H2) by means of electrolysis. In a second process step, this hydrogen is fed into HZI Schmack’s methanation reactor together with sewage gas from the WWTP. In the BiON® process developed in-house, microorganisms in this bioreactor convert hydrogen and the CO2 contained in the sewage gas into methane (CH4) under anaerobic conditions. The methane is then purified and can be fed into the local gas grid as a CO2-neutral substitute for natural gas. The renewable gas from the Limeco PtG plant can save the CO2 emissions of around 2,000 households.

Contributing to the Swiss Energy Transition with Power to Gas
As part of its Energy Strategy 2050, the Swiss government plans to replace nuclear power with renewable energy resources such as solar, hydro and wind power. This regenerative electricity is subject to greater seasonal and temporal fluctuations and cannot be stored. Thanks to Power to Gas technology, it is possible to convert seasonal and temporal surpluses from this electricity production into gas and thus make it storable and transportable. This makes Power to Gas technology an important factor in the energy transition while providing energy independence and security. With the project in Dietikon, Limeco is leading the way as a pioneer, while all parties involved in the project are united in the conviction that this concept will set a precedent in the Swiss energy market.